The Babe in the Manger

"Do not be afraid, for behold, I bring you good tidings of great joy which will be to all people.  For there is born to you this day in the city of David, a Savior, who is Christ the Lord" (Luke 2:10-11).

God became flesh. Immanuel, God With Us was born.  There in Bethlehem was born One who would change the world.  On the night of His birth there was great rejoicing.  A multitude of angelic warriors accompanied those shepherds on the rolling hills just outside the city.  Startled by their sudden appearance, the shepherds were terrified and needed comforting.  Soon they too would be rejoicing. 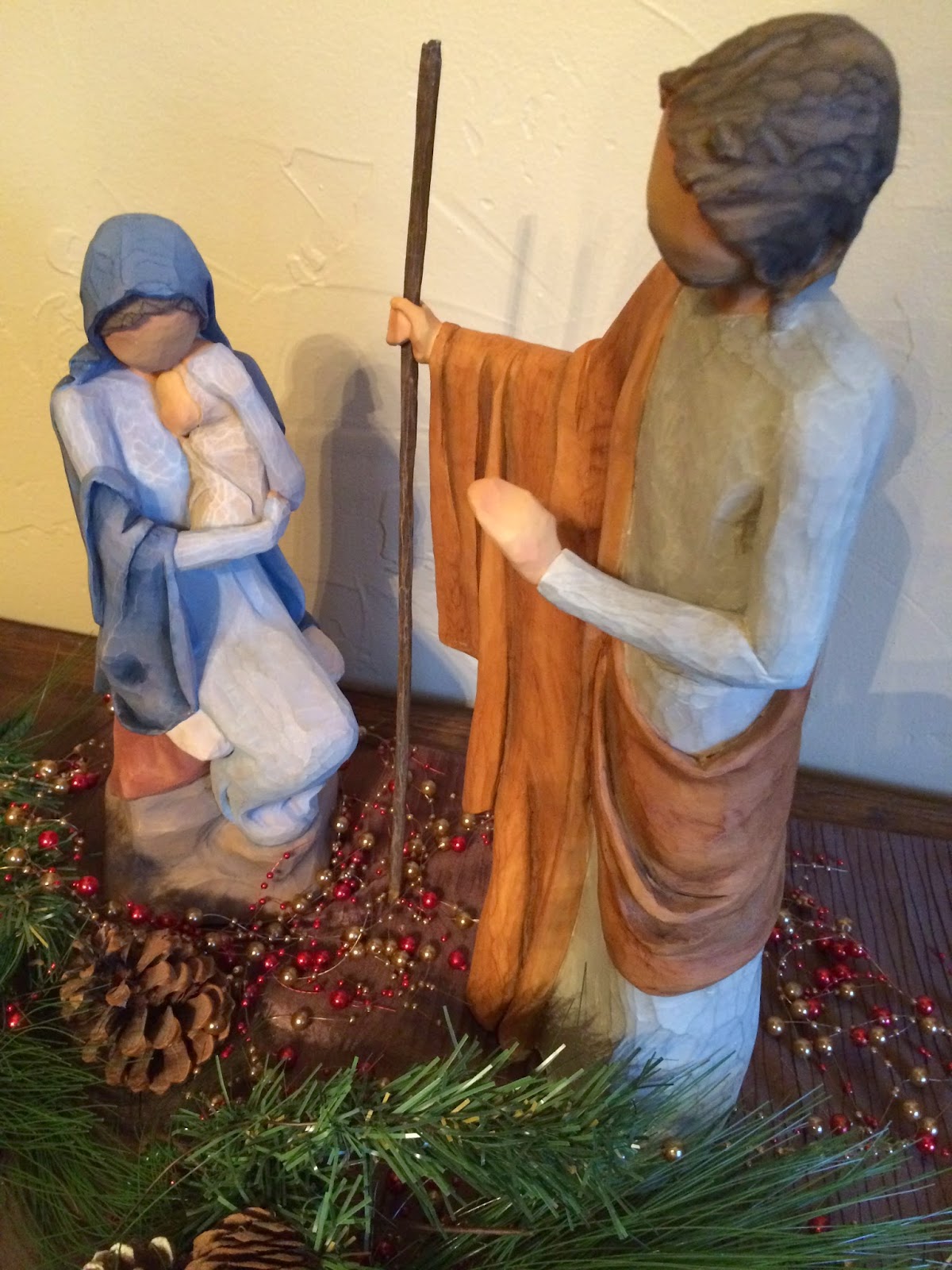 All of heaven watched and marveled at the miracle of God in the flesh--the great and magnificent Creator now so small and vulnerable and sleeping in a stable manger.  And all of heaven must have wondered in awe at the love that God had for those created in His own image.  How deep, how wide must His love be for us that He should take on the form of mankind and subject Himself to this world and the consequences of sin.

Gold, the symbol of a King. And indeed, Jesus--Yeshua is the King of Kings.  Frankincense, anointing oil for a Priest. Yeshua is indeed our Great High Priest and Mediator with the Father.  Myrrh, an embalming spice for one who dies.  Yeshua is indeed the Lamb of God, who came to be the once for all perfect Sacrifice through which His followers through faith would experience new birth.

The young babe worshiped that night in Bethlehem was Messiah.  The Christ.  Savior.  Deliverer. Mediator. King. Priest. Prophet.  He was the Good Shepherd who laid down His life for His sheep.  He was crucified on a cross taking the punishment for our sin.  He died for us.  he was buried and after three days resurrected and lives again!

History suggests that the first century Christian calendar revolved much more significantly around the death, burial and glorious resurrection of Yeshua, and not so much around His birth.  But of course, the great unfolding of His earthly life and ministry was set in motion on that night in Bethlehem.

But let us never forget, that babe whose birth we celebrate this season is none other than Immanuel, God With Us. That baby who we gaze upon in a manger was born for a reason.  He was a King.  He was the Great High Priest.  And He was destined to one day die a cruel death in our place, for our crimes.

Behold the innocent face of that precious child sleeping in the manger. That face would someday sweat great drops of blood, and be bruised and swollen beyond recognition.

Behold the crown of His sweet head.  It would someday be pierced with a crown of thorns and bleed profusely.

Behold those little hands which reach out grasping in the cold night air.  They were meant someday to receive the spikes of a cruel and agonizing crucifixion.

Behold the precious feet of the babe in the manger.  They would one day carry the gospel over many miles and then be affixed with a spike to a cross.

Behold the peaceful breathing of the child and watch with wonder as His lungs fill with air and his side rises and lowers with each breath.  Know that very side would one day be pierced through with a sword and blood and water would flow in testimony to His death and finished passion.

Behold the babe in the manger.  He is Savior, sent to to suffer and die.  Yet He lives again, raised in glory and power and ruling from His throne in Glory.  And this Mighty Conqueror, God in the flesh, Immanuel, Lord of Lords and King of Kings is coming again for those who through faith, trust in Him!

Even so, come quickly Lord Jesus!


*Adapted from my sermon, "Levi's Story," a first person monologue of Matthew's account of the birth of Jesus.
Posted by David Wesley Whitlock at Wednesday, December 24, 2014