In the past few months several of my former students have introduced themselves, called, or dropped by the office. I'm at that career stage where I have students at OBU who are children of former students I taught at other universities.  I'm also at that age where many of my former students are now working with me here at OBU.  Some of them have been kind in their compliments of me as a professor, but what has been most touching have been those who told of how something I said or did was pivotal in their own life.

I've been thinking this week about those pivotal moments in life. Some memories are just stronger than others and often a single word, question, or action stands out in our mind long past the point that others have faded away.  And certain personalities and friends are attached to the stronger elements of emotions.  One reason why hate and hurt are so important to let go is to avoid letting bitterness to take root in our life so that we can move on without resentment toward those who hurt us.  Those stronger elements of emotion are also why some events and some people stay with us a lifetime, particularly those who were placed in our life at just the right moment, to do or say something that proves pivotal in our life.

This week, one of the men who invested in my life, Dr. Jack Robinson, passed away. He taught me analytical chemistry and encouraged me to think.  His influence on my life outside the classroom has been incalculable and his investment in my life proved pivotal in so many ways and late last year I had the opportunity to sit down with him and tell him so.

Thinking about those pivotal moments and those personalities God uses to influence and help set the trajectory of the rest of our lives has naturally led me to recall my parents, grandparents and family members.  I've been thinking of former teachers and professors like Paul Sharp, Robert Fox and Gary Green at OU, Don Hazell, Jack Robinson, Gordon Eggleton, Jeanette Engles, and so many others at Southeastern.  I think about ministers like Gerald Tidwell, Robert Griffin and John Riggs and of mentors like Henry Gold, Bob Agee, and Pat Taylor to name just a few. Of course I think of my wife, who outside of Jesus, has had a greater and ongoing influence on my life than any other single person. And I think of those lifelong friends I have, too numerous to mention. I've shared on many occasions about how some of these individuals and moments have impacted my life.  Here are two who are representative of some of the pivotal moments in my life.

One is a friend who now lives in Sand Springs.  She was a fellow student at Southeastern when I was attending.  Though I didn't know her well, I had seen her at the BSU.  We had never really even talked much before. But one day in the middle of a week--at a Noonday meal at the BSU in fact--I was sitting alone at the far end of the room.  It had been a sad couple of weeks since learning sad news about my parent's impending divorce. The girl sat across from me and smiled and without a word just ate her meal as I picked at the food on my plate.

"I heard about your parents," she said.  I nodded.

"Not really," I replied.

She smiled a knowing smile.  "I know..."  Long pause. "My folks surprised me with a divorce a couple years ago."

That was it--the sum total of the conversation. Yet I cannot tell you how significant that moment was.  There she sat.  She was doing well.  She had survived. She could still smile.  At that moment I knew that I would be fine. The moment and relationship was God ordained and I'm so grateful for her influence.  Pivotal.

I had another friend I had made from a neighboring town, Lexington.  We were sixteen and both worked at Walmart, Store 139 in Purcell, America.  We became fast friends and even dated off and on during high school and college. During college (she attended our bitter rivals at East Central), she came to faith in Christ and tried so hard to witness to me (as so many others were doing as well). It wasn't easy. During one conversation, she simply tried to get me to visit her church one weekend. I initially refused. 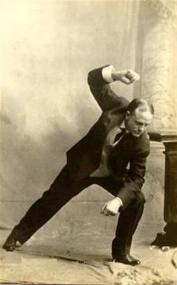 "Just try it one Sunday. It'll be different than what you think," she said patiently. "My pastor is wonderful and smart."

Among the many arguments I specifically remember making were, "Pastors can't teach me anything. They spout off about things they don't even understand."

"For instance, they don't know about science," I explained.  "They are just ignorant.  And besides," I spouted off in my own ignorance, "they are dry and boring and trying to convince us that we should all be good so that our spirits can float around in some ethereal state.  Even heaven sounds boring..."

My friend was aghast, and of course since then I've learned what the Word really says...

"Just come one time," she asked. "God has a ministry for you."

I was offended at the notion.

"What?  I'm not going into ministry that's for sure."  If there is one thing I knew, it was that I had promised to never go into ministry nor into education....  "Why would you even suggest something like that?"

"Everyone has a ministry," she tried to explain.  "You don't have to be a preacher to have a ministry. That's all I meant..."

For whatever reason, I agreed to go.

On Sunday, the announcement was made that there was a supply minister substituting for the pastor.  My friend shifted uncomfortably in her seat.  She had been convinced I would connect with her pastor and here we were with an unknown quantity in the pulpit.

To make a long story short, the fellow stood up and proceeded to share stories about his days as a chemist.  He used science and Boyle's Law of all things to make his point.  He was funny.  His delivery was engaging. He was anything but dry and boring.  He made his way from chemistry and physical laws to spiritual laws and then spent considerable time explaining how in heaven we will know others and be known. He described heaven as a real place of lakes and rivers and trees and friends and loved ones and of course the King of Kings and Prince of Peace Himself.

I was stunned.  She was stunned. Every single item I had objected to in her invite, he tackled head on.  Though it would still be years before I came to genuine faith in Christ, it was another occasion that God used to cause me to investigate further.

Years later I began my career in education.  I would marry, have children, and eventually confess Christ as Messiah.  I even ended up as an ordained bivocational preacher...

Through the years I've often wanted to find my old friend and express my gratitude. She had a profound influence on my life as an encourager and friend. But most important her persistent witness and insistence that I attend church that day was another one of the proverbial "nails in the coffin" of my own disbelief and rebellion against God. I'm different because of her influence and so much of what I am involved in is an extension of her own obedience to God. God ordained. Pivotal.

To each of you who have played a part in those pivotal moments of my  life I am forever indebted and am a better person because of your influence. Thank you.

So be diligent. Be careful.  You may just be playing a most important role in a pivotal, life changing moment that will set the trajectory of someone's life today...
Posted by David Wesley Whitlock at Monday, February 14, 2011 2 comments: Links to this post