Receiving a rock-star reception, the Bison Jazz Orchestra - Oklahoma Baptist University's 19-piece, auditioned jazz ensemble - traveled to Brazil May 16-27. The group played live before nearly 5,500 people at six venues and during a worship service televised in João Pessoa, a city of 700,000. The concert audiences crowded around the stage following performances to request autographs and photos. Some fans even followed the musicians to their bus, requesting additional photos with the group or individuals.

"I really enjoyed watching the students' reaction to the audiences," said Dr. Kevin Pruiett, associate professor of music and the group's director. "While audiences in the United States are appreciative of our performances, the reaction of the Brazilian crowds is quite stunning."

The tour included stops in Natal, Campina Grande and João Pessoa. While in Natal, the jazz orchestra group visited a second-language school and helped Brazilian students practice their English. The next day, the orchestra performed three times at a school, Colégio Nossa Senhora das Neves. They played for children ranging from elementary school to high school. Later that evening, they played for members of the community.

On Sunday, the group performed for two services at the First Baptist Church of Bessamar in João Pessoa. Each service was shown live on television throughout the city of 700,000. The church has a congregation of about 3,000 people. "We were invited back to perform an evening concert for them two days later which was also shown live on television," Pruiett said. The musicians also performed at the Universidade Federal da Paraíba for music majors of the university.

The trip was designed to give international exposure to the OBU Division of Music and to help recruit students to OBU. It gave the OBU students an opportunity to engage the Brazilian culture and experience touring in an international venue. They managed the logistics of international travel, including getting visas and hauling instruments to another continent. Pianist Lauren McHaney, a junior from Mansfield, Texas, who speaks Portuguese, had the opportunity to practice the language.

"It was my first time out of the country so I was a little nervous about the trip," said Tabitha Wasik, a sophomore music education major from Burleson, Texas. "Going with the jazz band, though, was a good way to go. Having the opportunity to get to know all of the band members is what brings back the most memories. From the unexpected bus rides to sitting back stage waiting hours at a time, each crazy moment experienced in Brazil allowed me to bond with my fellow band members."

Wasik said the trip expanded her personal worldview. "Visiting Brazil helped me realize that there is more to this world than the USA," she said. "There are different ways of thinking or acting. I saw the needs of Brazil, but I also saw things that I could learn from it. One particular thing that stuck with me was the children living on the streets. It broke my heart to see kids of all ages sleeping on the streets and begging for food or money. Seeing them made me realize how blessed I truly am. It also helped me confirm my calling to teach children. Whether I'm teaching in a foreign country or here in America, I know that I am called to teach children through my music." 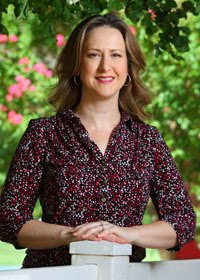 Miller earned a bachelor's degree from OBU in 1994 and a master's degree from Azusa Pacific University in 2002. In her role at OBU, she provides one-on-one career counseling for students and alumni, developing and presenting career-related workshops both in and out of the classroom. She also promotes and advertises available services, resources and career-related events for students.

Just saying, outstanding faculty and outstanding students at OBU...
Posted by David Wesley Whitlock at Wednesday, July 21, 2010 No comments: Links to this post