The Dumbest Person in the World 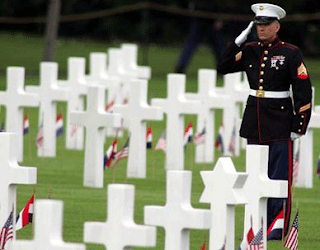 (From advertising campaign by United Technologies Corp., circa 1981-86)

How dumb? Very dumb. It’s the American who knocks what
he’s got.

Here’s what he’s got: A country of unbounded beauty.
Almost unlimited natural resources. A judicial system that is the
envy of the rest of the world. Food so plentiful overeating is a
major problem. A press nobody can dominate. A ballot box
nobody can stuff. Churches of your choice. One hundred
million jobs. Freedom to go anywhere you want, with the
planes, cars and highways to get you there. Social Security.
Medicare. Unemployment insurance. Public schools and
plentiful scholarships. Opportunity to become a millionaire.

Just Saying...
Posted by David Wesley Whitlock at Friday, May 28, 2010 No comments: Links to this post

The Snake the Poisons Everybody 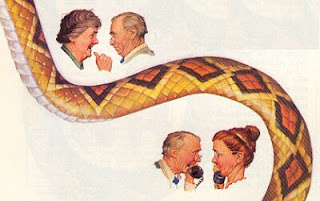 (From advertising campaign by United Technologies Corp., circa 1981-86)

Even its name hisses.

Office gossip, shop gossip. Party gossip. It makes headlines and headaches. Before you repeat a story, ask yourself: Is it true? Is it fair? Is it necessary? If not, shut up.

Just saying...
Posted by David Wesley Whitlock at Friday, May 28, 2010 No comments: Links to this post